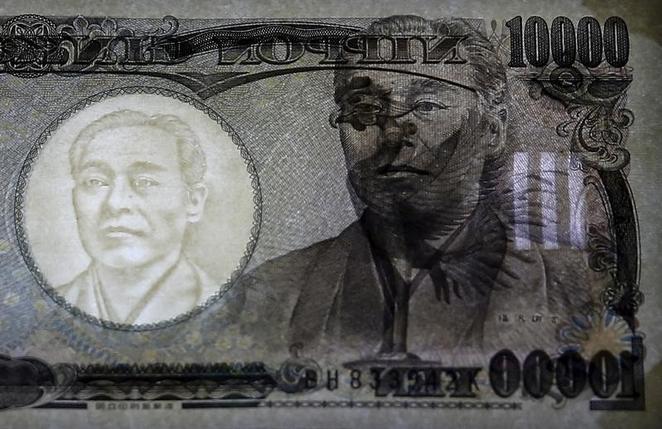 The yen gained on Wednesday as a sense of relative market stability helped sterling and the euro hover above their post-Brexit lows, though the battered European currencies remained hampered by longer term uncertainty.

Sterling and the euro had slid, and the safe-haven yen had surged, after Britain’s decision to leave the European Union sent shockwaves around markets on Friday, and that volatility persisted into Monday. But it eased off since then in the absence of big new developments.

The EU’s 27 member states, excluding Britain, will meet in Brussels today following Tuesday’s summit with the British prime minister, to discuss how to respond to the Brexit vote. They are expected to launch a period of reflection, culminating in a set of EU reform proposals to be unveiled by next March.

“After a few volatile days, the market seems to have found a new equilibrium for now, with the euro trading around $1.10 and sterling trading around $1.33,” said UBS’s director of currency strategy in Zurich, Constantin Bolz.

“If things go in another direction in the next few days … think that will determine if we continue to slide lower or not,” Bolz added, referring to the Brussels meetings.

Analysts said the dollar was being held down by a turnaround of interest rate expectations from the U.S. Federal Reserve. Having been pricing in a hike this summer, markets are now pricing in a 10 percent chance of a cut by September, according to CME FedWatch.

Against a basket of currencies, the greenback was 0.4 percent lower on the day at 95.896 .DXY.

Even as the markets’ risk averse mood eased slightly and equities gained, lessening the appeal of the perceived safe-haven yen, the dollar fell half a percent to 102.28 yen JPY=, leaving it in around the same range it has traded since Monday, after it fell as much as 7 percent to a 2-1/2-year low of 99 yen in the aftermath of Brexit.

That still left it almost 4 percent weaker against the Japanese currency than before the referendum.

“Dollar/yen is its own beast now,” and is not just moving on risk sentiment, said Bart Wakabayashi, head of Hong Kong FX sales at State Street Global Markets in Tokyo.

“Pretty much everyone has been calling for a stronger yen, and that’s generally the trend, so you don’t go long dollar/yen and you look for rallies to sell into.”

Japanese authorities have warned in the past that they could intervene in the currency market to stem the yen’s rise, but some suspect the hurdle for yen-selling intervention is high.

At the same time, worries over how Brexit could disrupt the global economies are likely to keep many investors cautious.

“A sense of uncertainty and worry about risks remain in the markets,” Japanese Prime Minister Shinzo Abe said at a meeting between the government and the Bank of Japan to discuss market developments and put in place safeguards against potential instability.