Yellen – Fed not likely to reverse course on rates despite risks

“I don’t expect the (Federal Open Market Committee) is going to be soon in the situation where it is necessary to cut rates,” Yellen said. “There is always a risk of a recession…and global financial developments could produce a slowing in the economy,” she added.

Yellen said she expected continued U.S. economic growth would allow the Fed to pursue its plan of “gradual” rate hikes, but her comments kept the central bank’s options open.

“I think we want to be careful not to jump to a premature conclusion about what is in store for the U.S. economy. I don’t think it is going to be necessary to cut rates.”

Investors have all but ruled out further interest rate rises this year, after the Fed raised its fed funds rate for the first time in a decade in December.

“The general message she intended to deliver is that additional rate hikes remain the base case, but markets have to stabilise before we see more,” said Cornerstone Macro analyst Roberto Perli.

Worries about Chinese economic growth, poor U.S. fourth quarter corporate earnings, and the impact on capital spending and employment in the energy sector of the slump in oil prices, have roiled global markets in the past month. 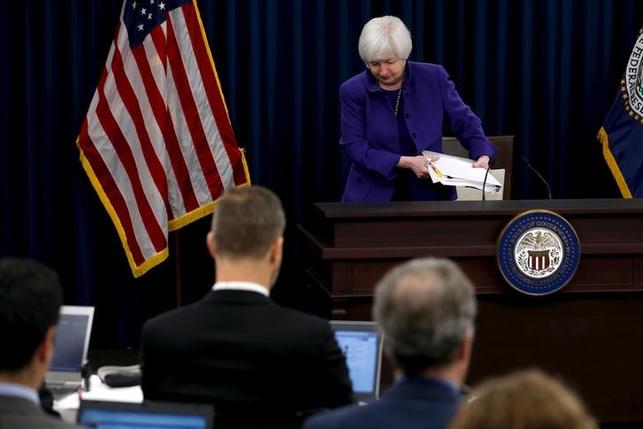