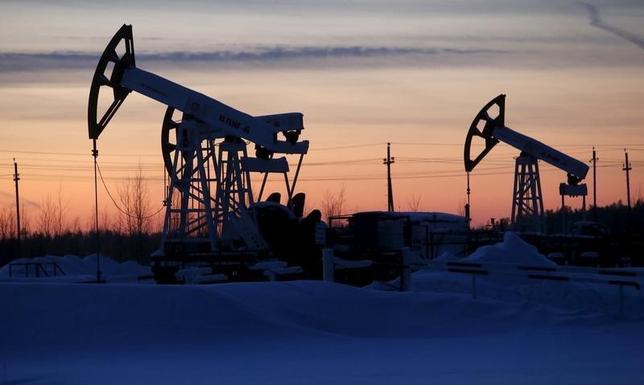 Meanwhile, Iran made clear it has no interest in restraining production after sanctions against it were lifted, calling a proposal for exporters to freeze output “laughable”.

U.S. crude futures CLc1 were trading at $31.25 per barrel at 0758 GMT, down 1.95 percent from their last settlement. International Brent futures LCOc1 were down around 1 percent at $32.90 a barrel. Both dropped more than 5 percent in intra-day trading the previous day.

The falls were a result of squabbling among members of the Organization of the Petroleum Exporting Countries (OPEC) to freeze or cut production and rein in overproduction that has pulled down prices by 70 percent since mid-2014.

Saudi Arabia’s oil minister Ali Al-Naimi said on Tuesday that a coordinated production cut exporters was “not going to happen because not many countries are going to deliver”.

He also said that a proposed freeze in output at January levels would require “all the major producers to agree not to add additional barrels”.

Non-OPEC giant Russia has tentatively agreed on freezing its output at January levels, when they hit a post-Soviet record of over 10 million barrels per day.

OPEC’s number two exporter Iraq, which in January exported almost 4 million barrels per day, also said it could freeze output if others join.

“We want to see what other countries will do. Then we can decide, but we are very cooperative on this,” Iraq’s oil minister Adel Abdel Mahdi said on Wednesday in Japan.

But Iran, which used to be OPEC’s number two exporter before sanctions halved its output, called the proposal “laughable”.

“Some of our neighbors have increased their production to 10 million barrels a day… and now they have the nerve to say we should all freeze our production together,” Bijan Zanganeh was quoted by the Iranian news agency ISNA.

Ric Spooner, chief strategist at CMC Markets, said oil prices could drop further as there was “no realistic prospect of a production agreement” and because of the upcoming low demand spring season in the northern hemisphere.

Between 1 million and 2 million barrels of crude are currently produced every day in excess of demand, leaving storage facilities around the world brimming.