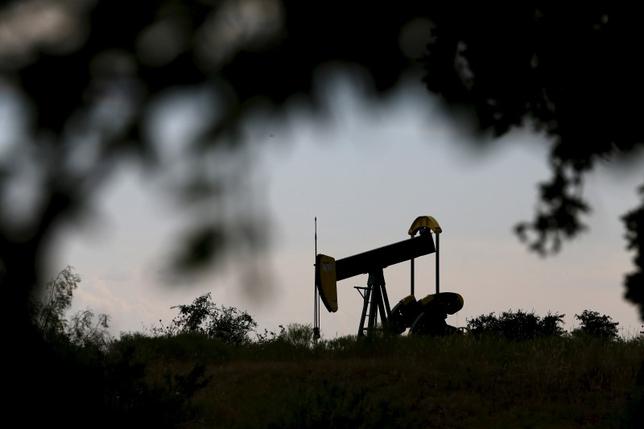 Oil prices dipped on Wednesday as Canadian oil sands production was expected to gradually ramp up following forced closures due to wildfires, and as record crude inventories especially in the United States put pressure on markets.

An ongoing fight by Middle East producers for market share in Asia also weighed on prices, countering production declines and disruptions around the world.

International Brent crude oil futures LCOc1 were trading at $45.44 per barrel at 0702 GMT, down 8 cents from their last settlement, while U.S. West Texas Intermediate (WTI) crude futures were down 16 cents at $44.51 a barrel.

ANZ bank said that recent “gains in prices were capped as concerns over further disruptions in Canada eased as producers looked to return to their operations.”

Oil sands companies around the Canadian energy hub of Fort McMurray began to restart operations on Tuesday after an out-of-control wildfire forced a week-long shutdown.

Provincial and industry officials said production in much of the region should ramp up soon. Facilities north of Fort McMurray that had been shuttered largely because of heavy smoke rather than fire were seen as likely to come back online in a matter of days in many cases.

The fires in Canada’s oil sands field region have knocked out around 1.5 million barrels of daily crude production, leading to a significant tightening of global markets, supported by more production declines and disruptions in the United States, Latin America, Asia, and Africa.

With Canadian oil sands production gradually coming back and U.S. crude inventories hitting record highs, some analysts say that a price rally away from decade-low prices hit early this year may fizzle out.

Industry group American Petroleum Institute (API) said on Tuesday that U.S. crude inventories rose by 3.45 million barrels to a 543.1 million barrels during the week ended May 6.

“A similar report today by the DOE (U.S. Department of Energy) will break the all-time high of 545.2 million barrels from October 1929,” the U.S.-based Schork Report said in a note to clients on Wednesday.

In a sign of an ongoing aggressive fight for market share, Iran has set its June official selling prices (OSPs) for heavier crude grades it sells to Asia at the biggest discounts to Saudi and Iraqi oil since 2007-2008.

Iran on Tuesday set the June OSP for Iranian Heavy crude at $1.60 a barrel below the Oman/Dubai average in the latest sign that producers especially in the Middle East are willing to accept low prices in return for market share.