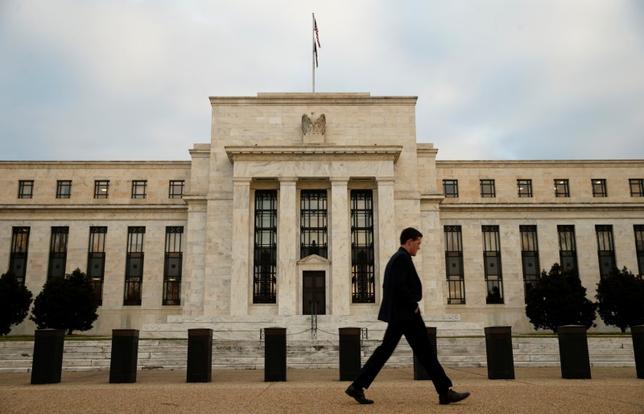 The U.S. Federal Reserve is expected to hold interest rates steady on Wednesday as it balances continued concerns about the health of the global economy with fresh signs that domestic inflation is starting to rear its head.

The central bank, which hiked rates in December for the first time in nearly a decade, sounded a cautious note at its last policy meeting in January, amid a selloff on financial markets, weaker oil prices and falling inflation expectations.

The Fed’s latest policy statement, due to be released at 2 p.m. EDT (1800 GMT) along with updated economic projections, will show how comfortable policymakers are in proceeding with the gradual rate hike path they embraced late last year.

In January, the Fed deferred altogether from characterizing the risks facing the U.S. economy and its own policy outlook, as unease grew over the potential spillover from slowing economies in China and Europe.

But a recent batch of strong U.S. economic data, including unexpectedly faster job growth in February, has eased fears that those foreign heawinds, and the tighter financial conditions they sparked, could derail the U.S. economy.

Inflation also has shown signs of stabilizing, with one measure published by the Dallas Fed rising to 1.9 percent, just shy of the Fed’s medium-term 2 percent target. Furthermore, the unemployment rate – at 4.9 percent in February – is near the level many Fed officials believe represents full employment.

The European Central Bank’s decision last week to further ease monetary policy also may make the Fed more confident that action has been taken to underpin growth in Europe, helping ensure a stalling of the global growth drag on the home front.

Given that the U.S. economy is continuing to grow and create jobs at a respectable pace, analysts said the Fed’s policy-setting committee is likely to judge the risks as having become more balanced, paving the way for rate hikes later this year.

“The center of the committee will likely recognize that the data do not suggest any material slowdown in the U.S. economy and that financial markets have stabilized, at least for now,” said Roberto Perli, an analyst with New York-based Cornerstone Macro LLC.

“The best course of action in this situation is to leave rate hikes on the table at the next couple of meetings.”

Fed policymakers’ economic projections will include a fresh assessment of where each one sees the federal funds rate to be by the end of 2016 as well as forecasts for GDP growth, inflation and unemployment.

The median rate hike projection after the December policy meeting was for four quarter-point increases this year. That is expected to drop to three or even two hikes on Wednesday.

Federal funds futures on Tuesday implied that traders saw a 50 percent chance the Fed would raise rates in June and an 80 percent chance it would do so in December, according to CME Group’s FedWatch program.

A Reuters poll of economists last week gave a 60 percent chance of a rate hike by the middle of this year.”The best course of action in this situation is to leave rate hikes on the table a