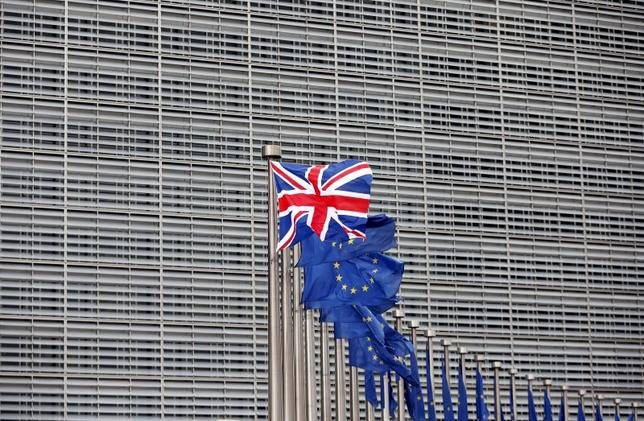 The bosses at more than a third of Britain’s biggest companies said on Tuesday leaving the European Union would put the economy at risk, backing Prime Minister David Cameron’s call for Britain to vote to stay in the June referendum.

The pound posted its biggest one-day loss in almost six years on Monday on concerns Britain could vote to leave the 28-member bloc, prompting the business leaders to join forces to argue for the economic merits of EU membership.

Organized by the Britain Stronger in Europe ‘In’ campaign with the support of Cameron’s Downing Street office, the letter was signed by bosses at nearly 200 companies. Among them were 36 FTSE 100 firms, including telecoms group BT (BT.L), retailers Marks & Spencer (MKS.L) and Asda WMT.L, and oil firm BP (BP.L).

It echoed a similar move by big business in the run up to 2014 Scottish independence referendum. But perhaps wary of that experience, when some voters pledged to boycott firms wading into politics, some of Britain’s biggest employers refrained from signing the letter.

Some executives also signed it in a personal capacity, making clear that their companies remained neutral.

“Business needs unrestricted access to the European market of 500 million people in order to continue to grow, invest and create jobs,” said the letter, published in the Times newspaper.

“We believe that leaving the EU would deter investment, threaten jobs and put the economy at risk. Britain will be stronger, safer and better off remaining a member of the EU.”

The letter was a potential boost for the prime minister who has endured a tough few days since he agreed new British terms with EU leaders at a summit in Brussels last week.

He suffered a major blow on Sunday when London mayor Boris Johnson said he would campaign for Britain to leave the bloc, and on Monday he was forced to mount a defense of his deal in parliament where most of the criticism came from his own divided party.

The stakes are high in the June 23 referendum. A vote to leave would not only transform Britain’s future in world affairs but also shake the EU, which has struggled to maintain unity over migration and financial crises, by ripping away its second-largest economy and one of its main military powers.

Some bosses, particularly consumer-facing businesses, chose not to sign the letter.

Tesco (TSCO.L), Britain’s biggest private employer with 310,000 staff, said the June 23 referendum was a decision for the people of Britain and that its focus remained on serving its customers.

Sainsbury’s (SBRY.L), the country’s second biggest supermarket, said it was an apolitical organization which would leave the British people to decide.

The move to call on the voice of big business was not without risk as “Out” campaigners cast the EU as the instrument of a global elite which is out of touch with ordinary Britons.

Jim Mellon, a fund manager who is helping fund the “Out” campaign, told the BBC the signatories were mostly people who had “crawled their way up the corporate ladder” rather than “true entrepreneurs” who had started new businesses.

Rejecting the warnings of those who say a vote to leave would be a “leap in the dark”, he said he foresaw very dark days ahead for Europe, predicting that the European Union would soon fracture due to the constraints of the euro zone